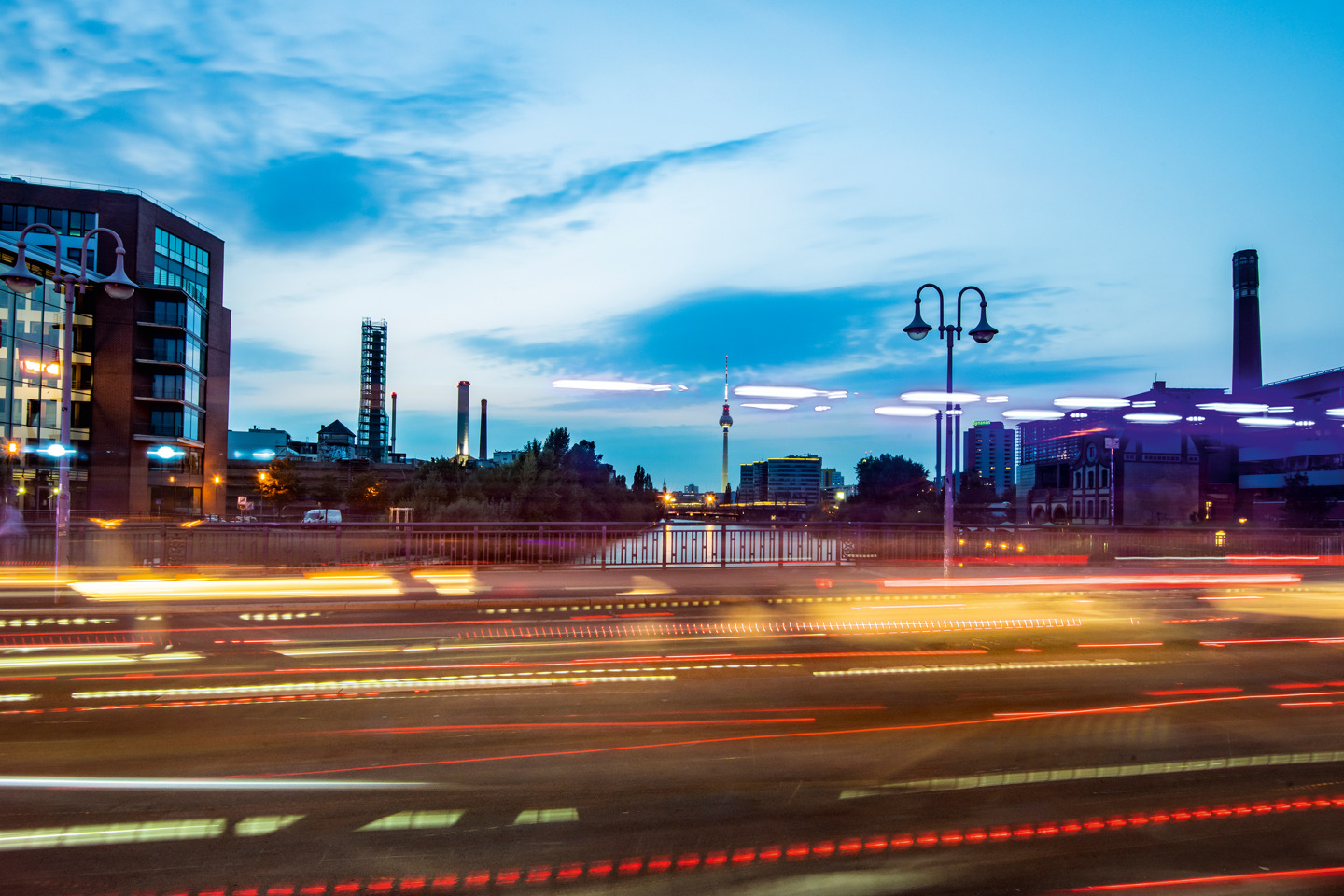 Berlin in the 1980s was a melting pot without itself being aware of it.

Viewed from today’s perspective, a clear picture of the system and the accompanying revolution emerges, but at the time it was not yet clear how special the 80s would be – the last decade before the fall of the wall, the last decade without any idea of the imminent digital transformation. In the streets of West Berlin near the wall, citizens were simmering with rage about corrupt politics, construction scandals, empty living space and the police. At the same time, subcultures were thriving. Low rents in undesirable parts of the city attracted artists from all over. The squatter scene offered space and creative meeting points simultaneously ... a fertile environment for new ideas.

Continue reading here or download the article in magazine format as PDF.

In the midst of the surreal sociotope that was West Berlin, 1983 saw the arrival of a young Australian musician who had sought, but not found, his fortune in London. Berlin offered more ... more niches, more crazy types, more counterculture. Having always been outsiders in the UK, Nick Cave and his band The Birthday Party were effectively welcomed with open arms in Berlin. People took a liking to artists who weren't trying to please anyone.

Nevertheless, his debut in Berlin meant the end of The Birthday Party. Cave got to know Nick Dreher, the bass player for the experimental post-punk group Die Haut, who dragged him along to Einstürzende Neubauten. Together with their guitarist Blixa Bargeld and the multi-instrumentalist Mick Harvey, he shortly afterwards founded The Bad Seeds. At the Hansa Studios, within sight of the wall and border guards and where Bowie had recorded his Berlin trilogy just a few years before, several albums were produced.

Over the next few years Cave repeatedly lived in Dreher's loft in the Dresdner Straße in Kreuzberg, before moving to Brazil in 1990.

The Studio by the Wall

The story of Depeche Mode and Berlin is the story of Some Great Reward. Nowadays the fourth studio album by the synth-pop group is symbolic of their breakthrough to become an internationally acclaimed stadium band. With their previous album, the four musicians from Basildon, near London, had produced echoes of industrial sound, which later determined their oeuvre and made them into probably the most successful formation in electronic musical history. An important milestone: the year 1984 and the Hansa Studios in Kreuzberg. In the creative kitchen that is Berlin, which also captivates Depeche Mode, a new sound is born: sampling is now a fixed component of the electro-musical toolkit. Gareth Jones, a British producer and now pioneer in digital recording techniques, encourages the young Depeche Mode to break new ground with state-of-the-art sampling when he directs the recordings at the Hansa Studios. It can be clearly heard from the record; this is Depeche Mode, as we know them today. Harsh in sound, melodically striking and, somewhere, metal clatters and hammers on metal. Today, in the spacious studios in the Köthener Straße in Kreuzberg, recordings are still made and guided tours offered.

As Black as Night

It's no big surprise In Berlin. In 1976 you rent out an apartment in Berlin's Schöneberg district – and the tenant establishes a commune, paints all the walls jet-black and tapes over the windows. Here and there, radical left-wingers (Autonome) from the not-quite-established squatter scene engage in their first small battles with the cops, while remnants of the extra-parliamentary left-wingers demonstrate in the streets; landlady Rosa Morath is suddenly con- fronted with an empty, black apartment which looks like a dungeon without a light switch. Who is going to rent this 7-room monstrosity? Shortly afterwards, Mora is approached by an artist's representative, who would like to rent the apartment for a British musician if the latter is allowed to decorate the rooms exactly as he pleases. So David Bowie moves in to the Hauptstraße in Schöneberg. He has Iggy Pop in tow who he is bringing from California and who steals Bowie's gourmet delicacies from the KaDeWe department store out of the refrigerator so systematically that Bowie soon banishes him to the building at the rear. With "Low", Bowie begins his experimental Berlin Trilogy, audibly influenced by German bands such as Kraftwerk, Tangerine Dream, Cluster, or Neu!. Bowie's time in Berlin actually began with Edgar Froese from Tangerine Dream. In 2013, for his 66th birthday, Bowie published "Where Are We Now" - a video tribute to his time in Berlin.

With U2 through the City

When the now worldly-wise, eloquent Bono stumbled through the recently reunited capital in 1993, he didn't quite know what had hit him. A#er one of many nights spent drinking in nameless clubs of concrete and steel, he wakes up in a strange flat full of people because a giant python is crawling over his legs. That was enough even for the frontman of one of the most successful bands on the planet. And yet, U2 was familiar with the radical left-wing neighborhood culture (Kiezkultur) of Berlin: The Hansa Studios in Kreuzberg were where, at the end of 1990, "Achtung Baby!" had been recorded – the album with which U2 reinvented themselves. ​

After the wall fell, Kreuzberg and the neighboring districts were in some cases a no-man's land. The city version of an ethereal junk- yard-dystopia. Stones, rubble and scrap metal dominated the scene. Trabant automobiles were parked on the roads, destined to maintain their natural habitat for a few years yet. These impressions are reflected in the album's sound: on the trail of the zeitgeist, industrial sound and drum computers are intended to play a part and give this music's birth in Berlin a shot of adrenalin for the future.

Today, "Achtung Baby!" is the most courageous, but also the darkest album by the band, with which they have not only left a decade, but also the well-known U2 sound, behind them. The subsequent Zoo TV Tour, referring to the city rail-road station Zoologischer Garten, broke records worldwide and demonstrated the status of the band as innovative, multimedial artists expressing their social criticism in plain language.