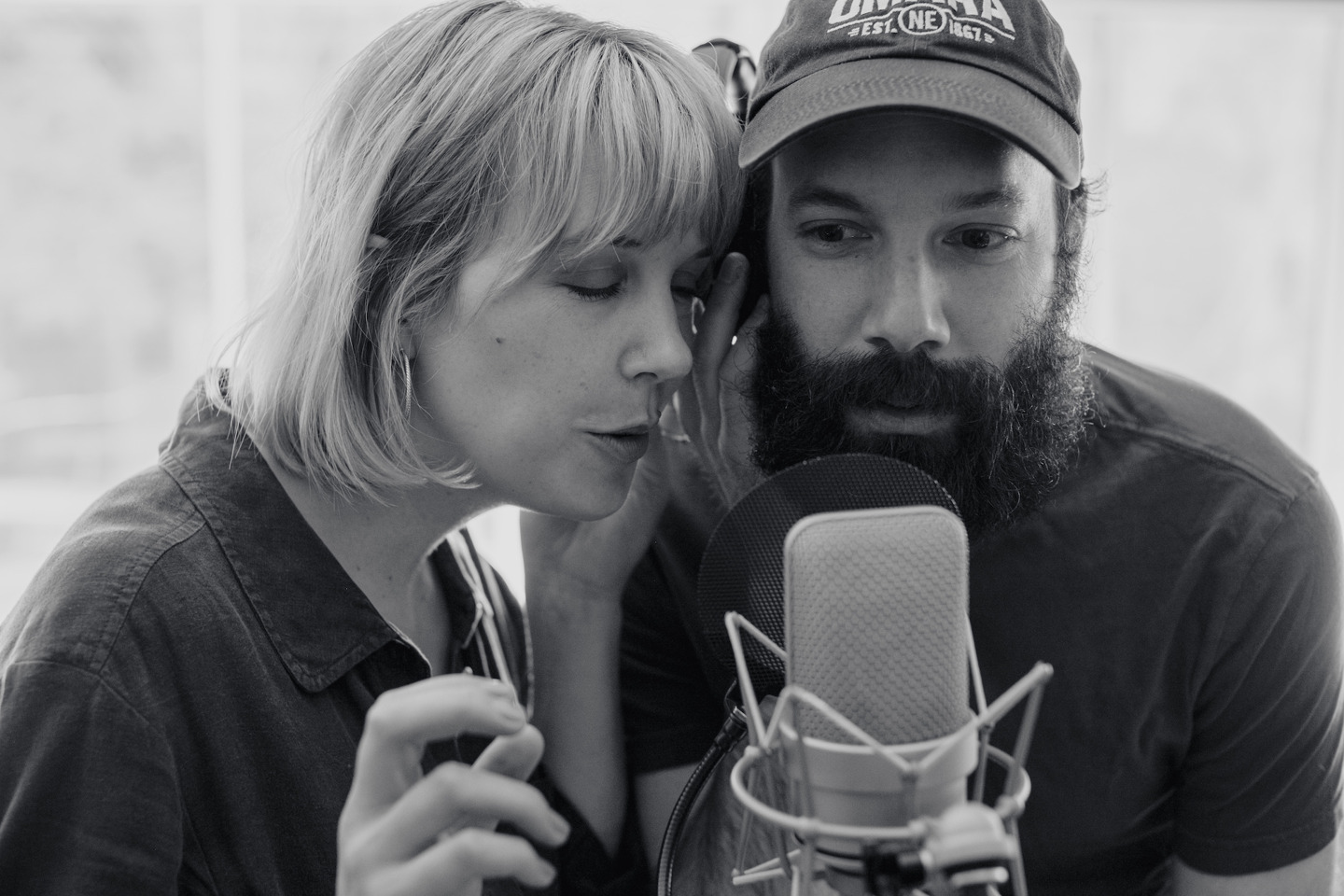 Old Lyme, CT, November 21, 2022 – In 2008, musical duo Pomplamoose, comprised of husband and wife team Jack Conte and Nataly Dawn, began recording and releasing videos of their original songs in Conte's childhood bedroom. Looking back 15 years later, the team’s creative output has been nothing short of staggering, with the band amassing 385 million cumulative views on YouTube and legions of loyal fans around the world. All of this has been done in classic DIY form — with no record label or management company.

Perhaps most astonishing is the pair’s work ethic and drive. They are known as a “content machine”, routinely churning out songs — both originals and covers — that are clever, authentic and inspiring. Back in 2017, the band made a commitment to release one video per week to their nearly 1.5 million subscriber base of fans, and most recently, co-founder Nataly Dawn released her debut solo album Gardenview, while embarking on a multi-city national tour. Since the very beginning, the pair have relied on tools from Neumann and Sennheiser — and it all started with just a TLM 103 microphone for recording and HD 280 PRO headphones for monitoring.

Neumann and Sennheiser: “An indispensable part of our sound”

If there is a singular aesthetic running through Pomplamoose and Nataly Dawn’s work, it is perhaps inspired authenticity, captured with immediacy. In all of their videos, including their most far reaching of all time which reached no less than 26 million viewers, both the music and presentation are transparent and unvarnished — what you see is what you get. Since the very beginning, their audio chain has been simple but very high quality, usually consisting of a Neumann TLM 103 microphone, a pair of Sennheiser HD 280 PRO headphones and an interface.
​
​“The Neumann TLM 103 is the first microphone we ever had,” says Dawn. “Now, we tend to also use the TLM 49 a bit more because it sounds great on my vocals, and it is also a really nice guitar mic. We are still going direct into an interface and not fussing around with preamps, and Jack won’t use anything except for Sennheiser headphones. This is always what he has used as a reference. These two elements have been an indispensable part of our sound."

Removing barriers to let the art through
​One of the longstanding tenets of Pomplamoose is to remove every possible barrier between the idea and the execution, so creativity can flow more freely. As the producer for Pomplamoose, Conte has all his instruments and tools within reach to make the process for creation as seamless as possible. “It is a really beautiful way to create because you don’t get caught up in the minutia of having too many choices, because you are just trying to get the ideas down on paper”, Dawn observes. ​

While singing into her Neumann mic, Dawn likes an equally unvarnished approach, preferring to hear her vocals dry, natural and unprocessed through the headphone mix: “I don’t want there to be anything on my voice — this is how I am able to get really pristine on pitch,” she says. “I have been singing right up against Neumann microphones for more than a decade, and it is a lot like having a guitar that you are really familiar with, or playing an instrument that you know really well”.

Featuring sparse instrumentation, intimate vocals and vulnerable yet ‘comfortable in her own skin’ lyrics, Gardenview sees Nataly Dawn stripping down the instrumental — and emotional — layers to the core. “We were really focused on two opposing ideas while we were recording,” recalls Dawn. “One was intimacy of the sound and the space, and the other was the vastness. We were constantly playing with these two ideas, trying to create something that was both really small and intimate, yet set against this massive space.”
​
​Given these compelling spatial considerations of the compositions and performances, Gardenview became a natural candidate for immersive mixes. When Jim Anderson and Ulrike Schwarz of Anderson Audio approached Pomplamoose about the possibility of working on a project together, Dawn provided them with a copy of Gardenview. “They listened and then selected the tracks they thought would work with a new immersive approach,” Dawn says. Anderson and Schwarz then took five songs to Skywalker Ranch and subsequently mixed them in 5.1.4. The resulting sonic experience is intimate, yet all-enveloping, making the listener feel that Dawn is performing right beside them. “When I got the mixes back and heard them, it was jaw dropping,” says Dawn. “You hear every detail of the instruments, yet it feels like you are sitting in this infinite space.”

Since the very beginning of Pomplamoose, the band’s primary means of reaching and engaging fans has been through YouTube rather than through more conventional touring or record sales. Thus, Pomplamoose was already set up with this method of working well before the onset of the COVID-19 pandemic. While the effects of the pandemic were devastating for live music and touring, Pomplamoose continued to work, following its “one video per week” approach through YouTube.

However, Dawn has since begun performing in front of live audiences in a more conventional sense. “We’ve done very little touring in the past,” she explains. “If you are an artist and you want to make a living as an artist, that requires having an ongoing relationship with your fans, the people who listen to your music. For us, the way that we have maintained that relationship is by uploading videos on a weekly basis, while most bands connect with their fans by touring and being in the same physical space as their fans.”

“I’ve really come to value being in the same space as other musicians and other people,” she continues. “I was very grateful during the pandemic that we had a business model where we could continue to work and make videos for people who were home, but it just made me realize how valuable that live community is.” Gardenview presented the perfect opportunity to hit the road: “The sound of this record has an intimate live feel that lends itself towards being experienced live, and it was easy to bring it on tour,” says Dawn.

The tour, already underway, is a minimalist affair with real instruments and plenty of audience interaction. Dawn is singing through a Neumann KMS 105 condenser mic each night, and “it sounds magical — it is my favorite live microphone because your voice is ‘right there’ in the mix — I’m happy to be using it.” The crew has also employed several channels of Sennheiser IEMs for their monitor mixes, as well as backline microphones for electric instruments.

Dawn is grateful to have had Neumann and Sennheiser by her side for almost 15 years: “To me, it feels like the people at Neumann and Sennheiser were some of the first people in the industry to respect what we were doing on YouTube and see it as something cool and valuable — even though it wasn’t traditional,” she says. “This is really special because way back then, a lot of people didn’t think Pomplamoose would fly but they noticed that what we were doing was different. I really think that says something about the values of the company.”

The high-resolution images accompanying this media release can be downloaded here.