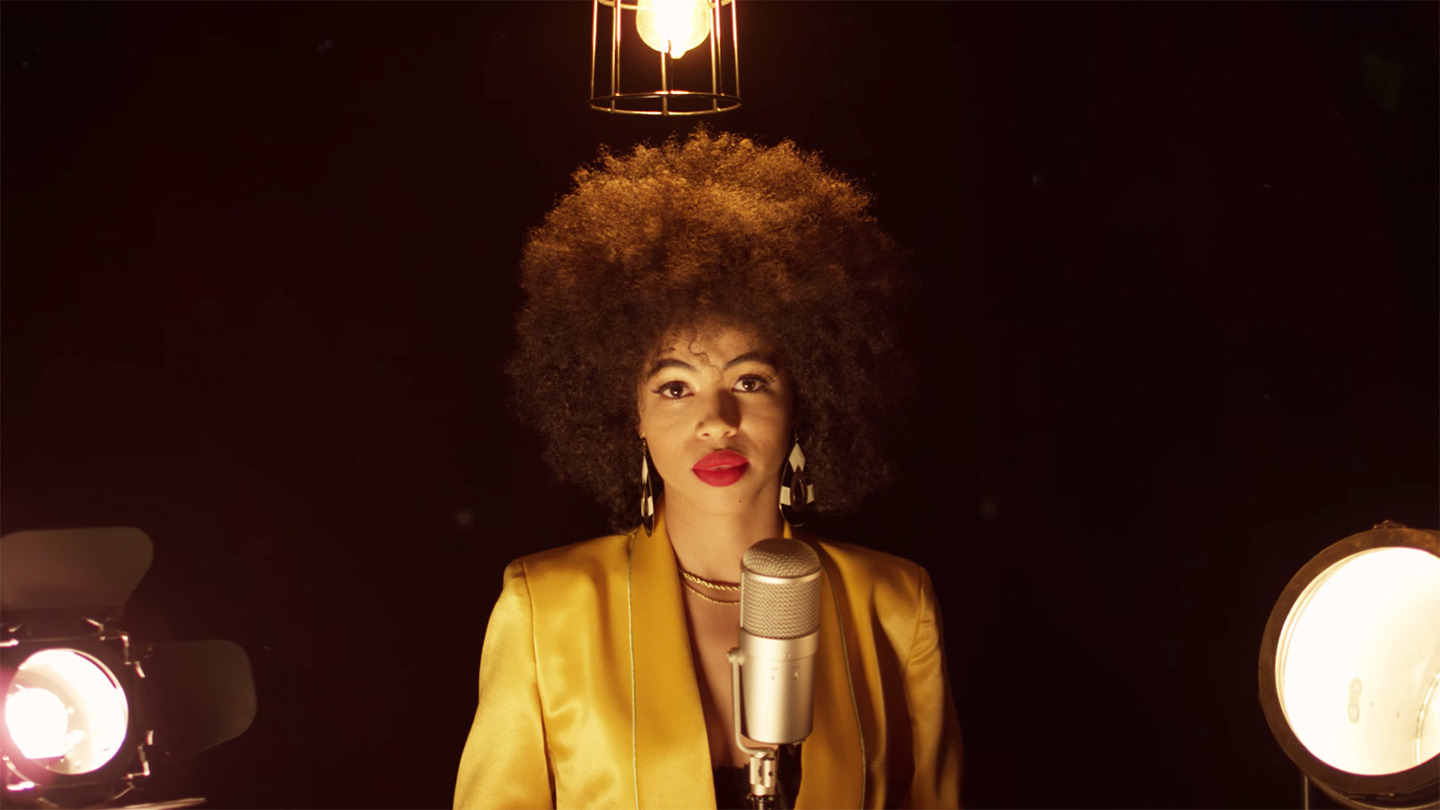 Nadjah Nicole and the U 47

Toward the mid-80s, as records became increasingly more strident, the smooth U 47 fet fell out of favor as a vocal microphone and was discontinued. Yet over the years top engineers discovered new applications for the U 47 fet in front of guitar cabinets and kick drums. Eventually, famous vocalists from boy group pop to heavy metal reestablished the U 47 fet as a versatile vocal microphone. So by popular demand, it’s back in production since 2014.

Nadjah Nicole, known from NBC’s Emmy Award winning TV show The Voice has also made a big rediscovery after a rather rocky period in her life: her love for music and more specifically, her own voice that she captures with the U 47 fet microphone – a mic that makes her vocals ‘pop’ crystal clearly.

Not only is the U 47 fet a great microphone for bright and loud instruments such as brass and electric guitar, it is also a brilliant choice for upright bass, bass cabinets and kick-drums. At the same time it is an excellent vocal mic for crooners and screamers alike, due to its beautifully balanced response with just a slight, unobtrusive boost in the upper mids for added presence in the mix.

“Musicians have visceral relations with their instruments. It’s intimate. The same goes for singers and their mics”, Nadjah says.

Watch Nadjah’s “profession of love” to the U 47 fet here:

Read more about the U 47 fet

THE STORY BEHIND THE U 47 FET

The 1960s and 1970s were a period of great musical originality, a time of contrasts, and of major developments of many new musical genres – although there were as yet no CDs, Internet, MP3 players, smartphones or associated social networks. Social networking existed, however, but functioned very differently in those days. People celebrated vinyl discs together, since they provided fans with the most readily attainable access to the world of music.

Each album was filled with magical musical moments, captured in the studio in an unrepeatable manner. At that time, processing possibilities that are a matter of course today were the dreams of visionaries, however scarcely anyone could have imagined a digital world. Nevertheless, the legendary vinyl disc survives to this day, perhaps because everyone feels that its originality conveys almost forgotten but unique artistic values.

The unprecedented renaissance of vinyl records, supported by musicians who are rediscovering the feeling and authenticity of the production technology of past times, is a sign of the longing for something that is genuine and unique, vital and unrepeatable.

RECORDING IN THE 70S

The sound esthetic of the 1960s and 1970s was characterized not least by audio technologies which were very limited by today’s standards, and which were associated with the – often unique – opportunity of capturing a song for eternity in a single moment.

The challenges faced by the musicians and the studio team were great, and every attempt to record something outstanding had a unique result. Tools for the processing of sound, dynamics and effects were rudimentary. Each step of the production process was preceded by decisions that would be final. The musical snapshot, the mood and form of the musicians on the particular day, the studio as the venue for creatively igniting expression and emotion – these were the components of an exceptional listening experience.

The microphone was often an essential creative element, since the sound originated at the time of recording, rather than from today’s best-of-process postprocessing options – and in many of the productions, the U 47 fet played a significant role.

Today musicians and recording producers are again inspired by these characteristic sounds, which in their own way conveyed the passions and emotions of their time. In the search for musical expression that gets under one’s skin and stands out from the mainstream, many creative individuals are rediscovering the audio tools of past decades.

To have a sound reminiscent of the analog era is often considered the highest compliment that can be paid to digital technology, where great emphasis is placed on the use of authentic emulations to fulfill the urge to invoke the past.

Nevertheless, today many musical currents are defining themselves in terms of, and owe their existence to digital production technology, which is likewise expediting and redefining work processes.

The U 47 fet offers the opportunity of using history-making technologies side by side in the creation of new soundscapes. Just as a smartphone provides almost unlimited possibilities, digital audio technology introduces endless creative options – with the U 47 fet lending its own esthetic, its own unmistakable fingerprint, to the sound – analogous to the role of Polaroid photos in the field of photography.